Rock and Co at Fantasy Fayre – The Bestiary 2022 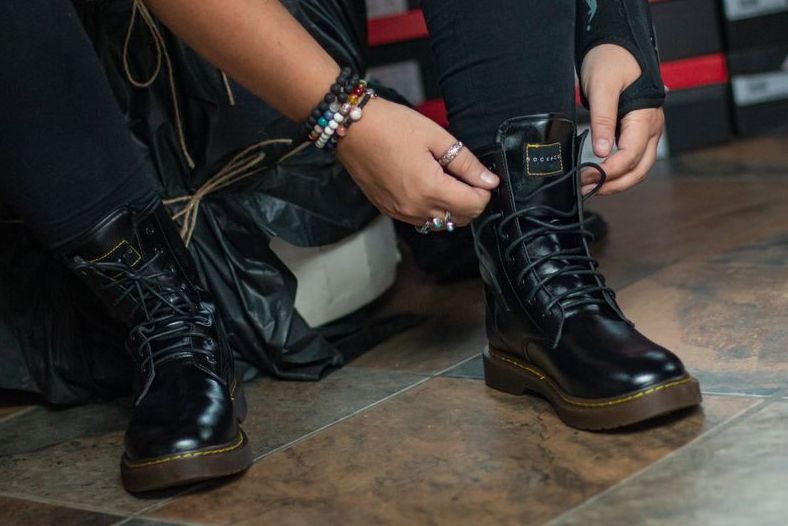 The first weekend in March, the Rock & Co team headed to Fantasy Fayre. With never before seen styles and plenty of giveaways, our team was ready to make an impact. The event was the perfect way to launch our shoes.

By the time the gates opened, our cobblers had their tools in hand, and our elves were working away. With plenty of laughter and shenanigans, the event was unforgettable. 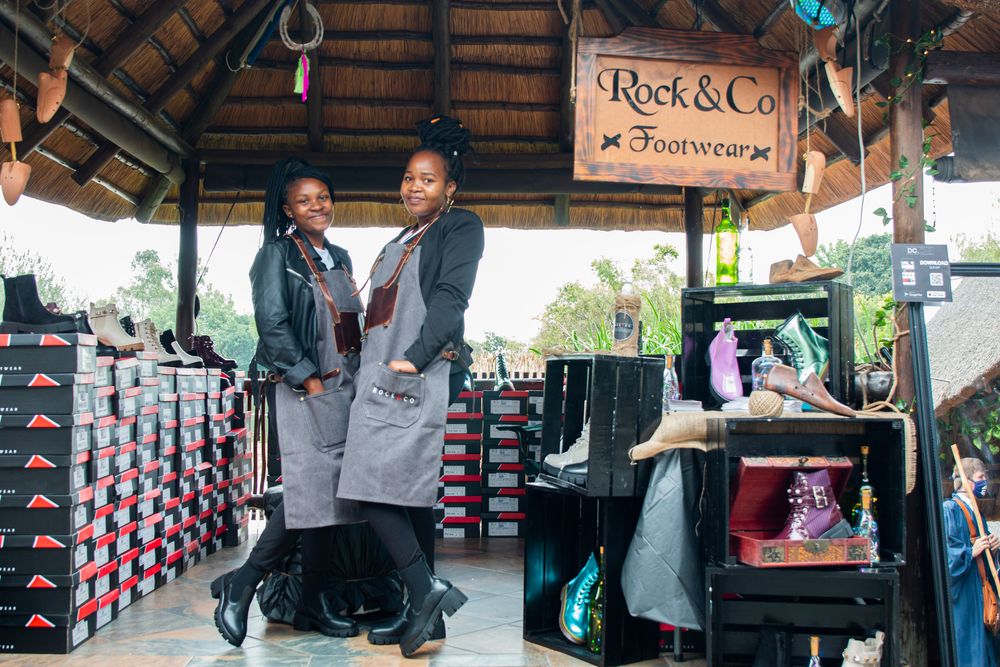 The Events of the Day

Organised by the extraordinary ladies at Alter Egos Events, the day saw 1200 people pass through the gates to the fantasy realm. There were fairies, elves, pixies, dragons, birds, snakes and more.

Medieval battles took place throughout the day. And Geralt of Rivia took down a massive arachnid, setting the unrelenting beast on fire, before riding off on Roach. His humble bard kept us entertained throughout the day with his guitar. 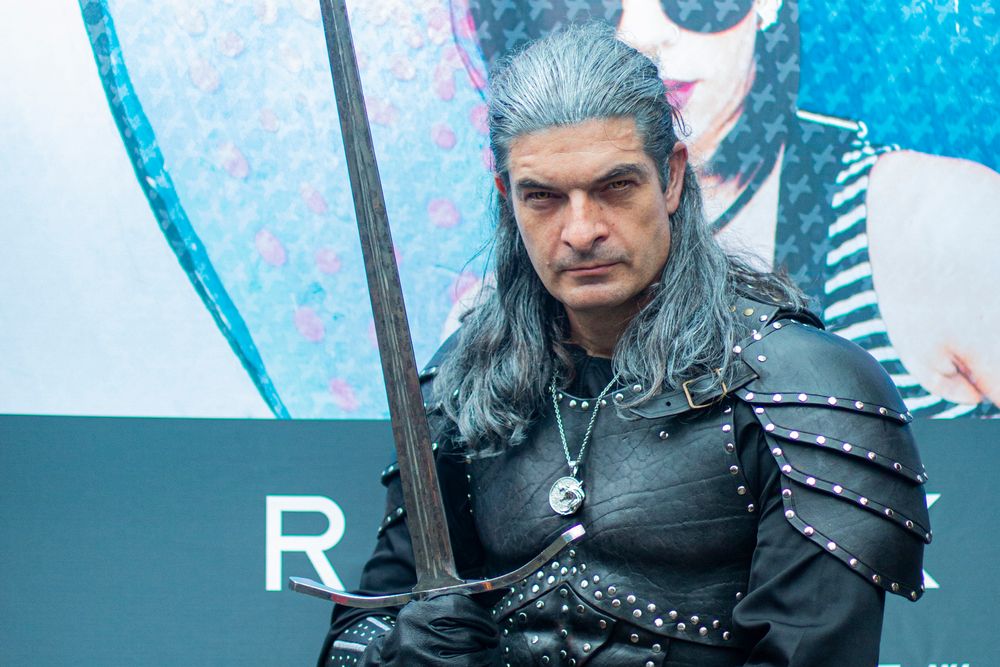 The sun shone down upon us throughout the day, but the heavens did open and chased all the beasties undercover in the afternoon.

Our team tried their hand at sword fighting, taking down two vicious pool noodles in the process. There was axe throwing, unicorn rides, a beautiful mermaid, and a mad king whose curse turned him into a dragon during the course of the day. 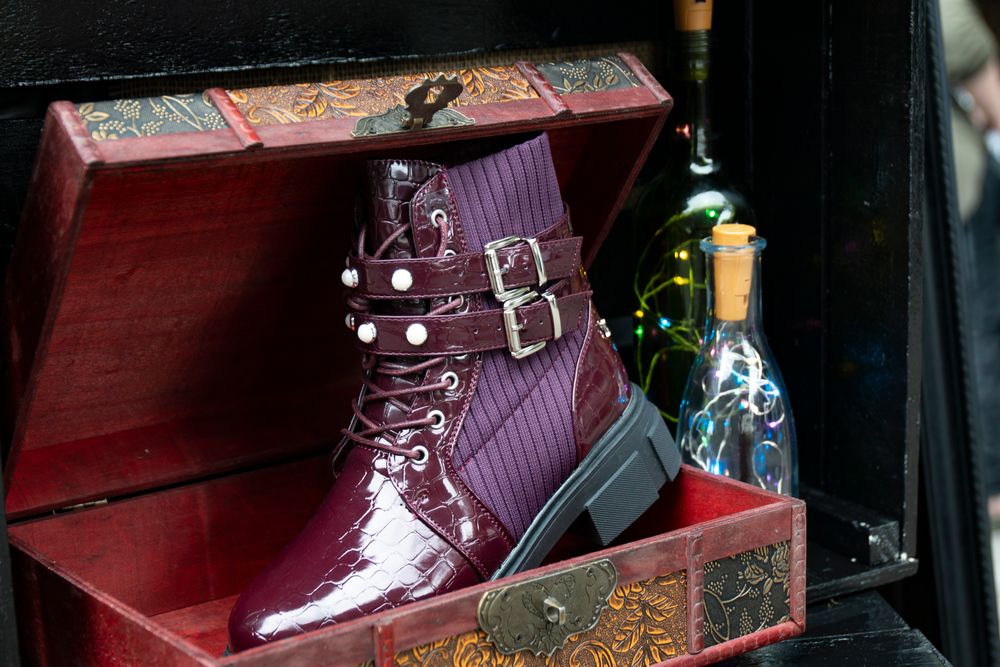 Throughout the day, Rock & Co gave away seven different pairs of shoes. The winners got to choose any pair from the collection. We were met with tears of joy and screams of excitement. 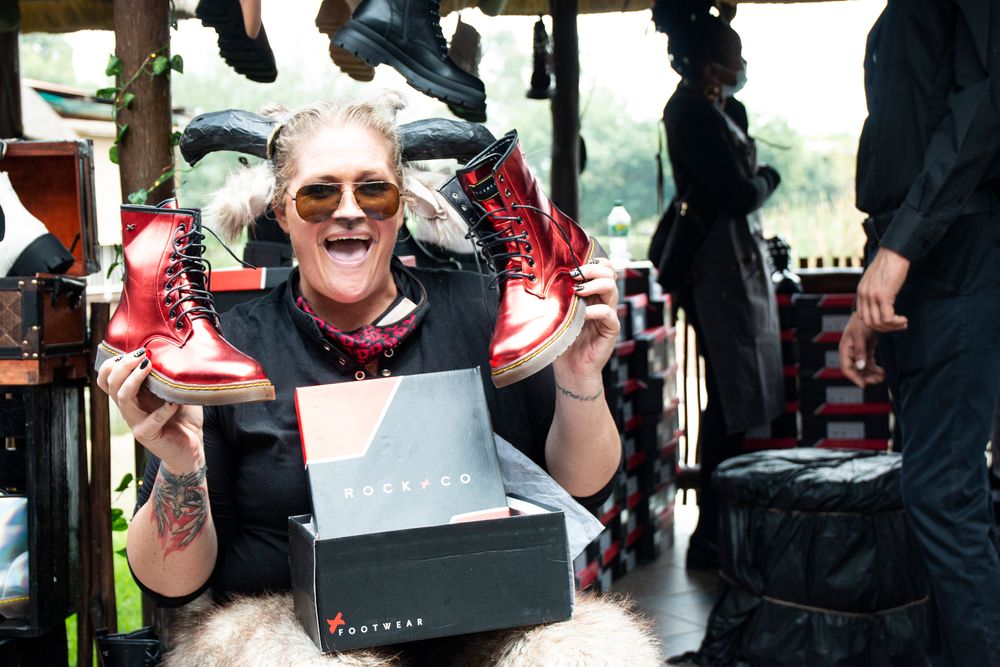 The fantasy quiz was one of the most fun events of the day. We even had our own quiz team on the day!

Over ten different fantasy creatures tried to Release the Kraken on Saturday. We even had a mermaid who tried to coax the release with song. But at the end of the day, our prize winner gave us goosebumps, and Kraken came out in full force.

Young and old participated in this challenge. We had pups, dying wolves, singing wolves and wolves that made the ground tremble. At the end of the day, papa wolf took home the prize, winning a pair of Police 1 for his ecstatic daughter. 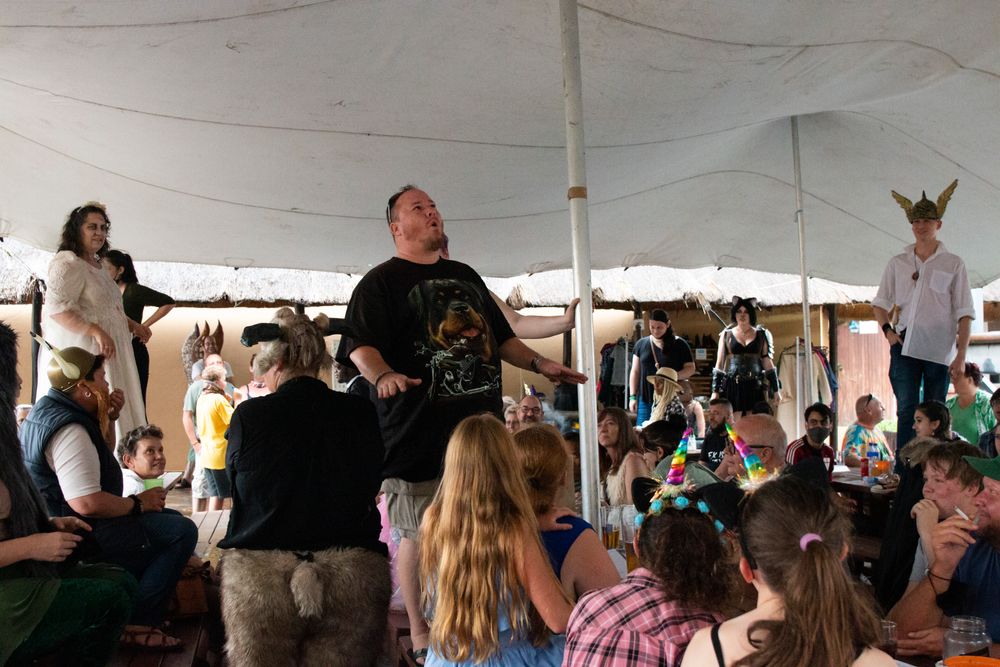 A talented creature channelled her inner Goblin and took home a pair of Rock & Co’s for her Jareth impression. Who knew being a massive Labyrinth nerd would pay off?

If you ever wanted to take home some dragon’s treasure, the Fantasy Fayre managed to ‘repossess’ some goodies. The raffle for the day featured a whole collection of awesome prizes for attendees. 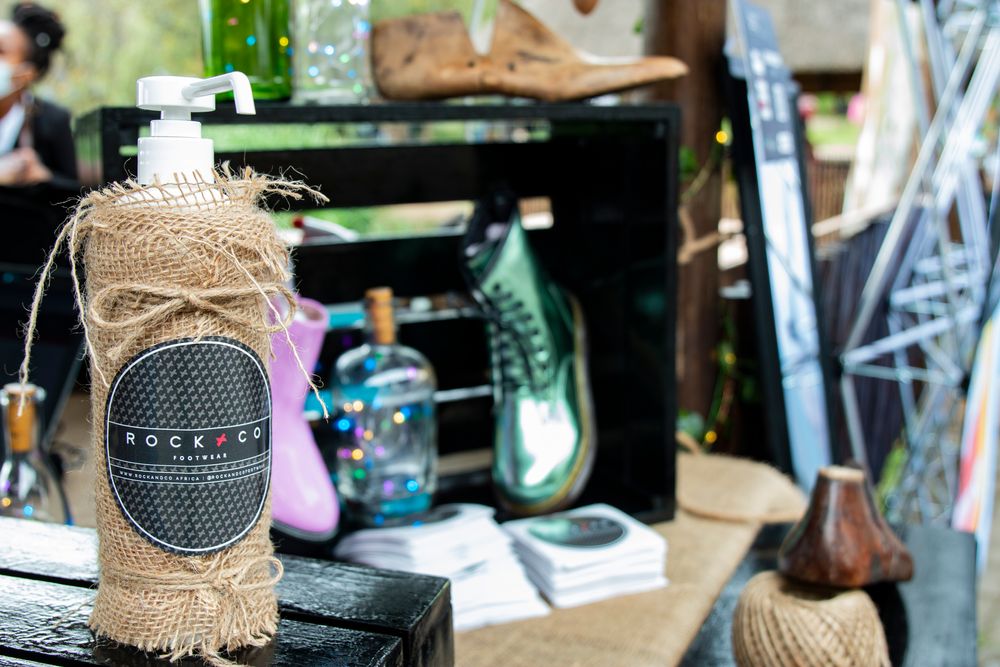 Visitors were tasked with a quest on the day. Our task for the day was “Inside the Fantasy Fayre, Walking with your feet laid bare. Find the cobbler with shoes of Rock: To get your points, show them your sock”.

We have never seen so many different types of socks in our lives! The overall winner of the creature quest took home a pair of our Rock & Co boots. 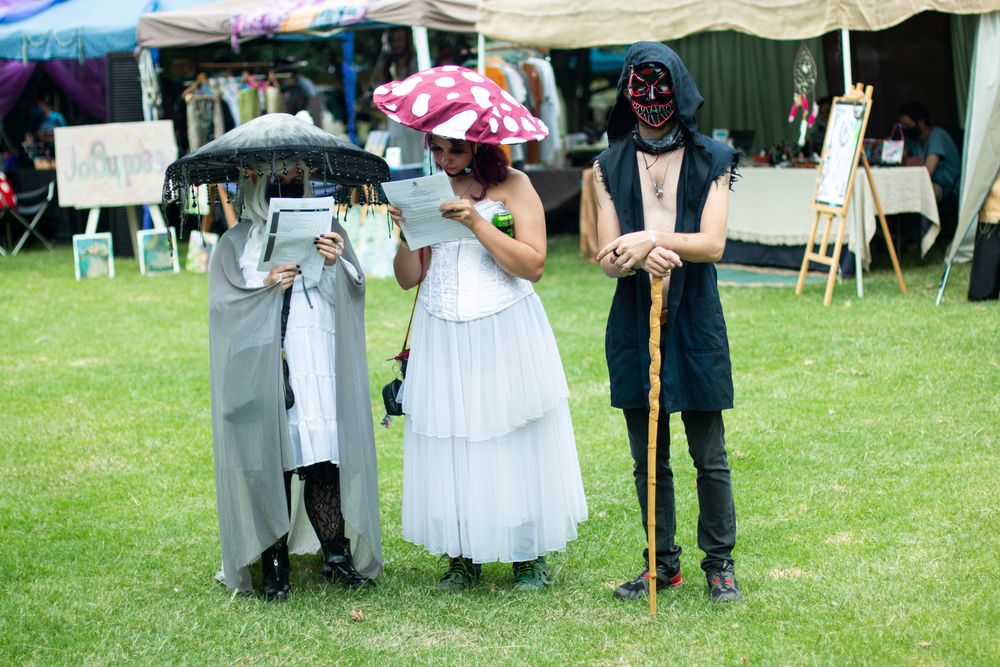 Seeing everyone dressed up and having a ball was the highlight of our day. We’ll definitely be attending more events and rocking our Rock and Co boots!

What Rock & Co shoes would you wear to the Fantasy Fayre? Let us know in the comments below. 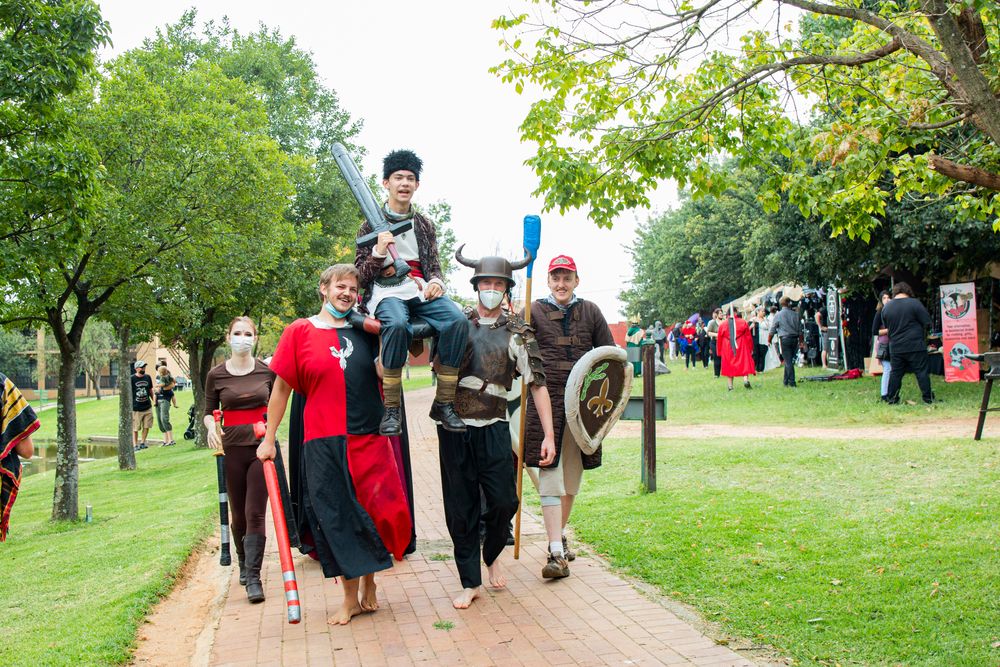